RSS
← Website Allows Warriors To Let Down Their Guards, Grieve
Switched At Birth →

Cher: Formaldehyde Is Our Friend 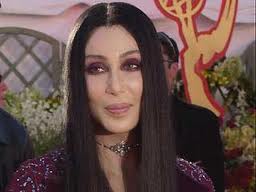 LOS ANGELES – Several weeks after the United States government released research findings that say formaldehyde-laced products pose more serious cancer risks than previously thought, the industry which uses the poison in their products announced Monday it has proof the studies are flawed.

“I didn’t know nothin’ about no such research till the other day when my friend Earl Ray called and said I better turn on the news,” said Acme Formaldehyde spokesman Lester Bush. “Well I run over to the laundry mat to watch that good lookin’ girl Katie Curry or something or other on the TV, and there she was, saying that formaldehyde is giving people the cancer.”

Bush said he called an emergency meeting of the heads of the industries who use his product to discuss the newly published research findings and to develop a strategy that would contradict them.

“Lemme tell you. That there OSHA, they been a pain in my ass since day one,” Bush said. “I kid you not. I gotta put up a sign for this and a sign for that. Heck, I got a gal who does nothin’ but make signs so stupid people don’t fall off no ladders. Anyways, we got us a plan that’s gonna make folks think twice about formaldehyde, and it’s gonna shut those OHSHA busybodies up right fast-like.”

Since the release of the studies, Bush said the construction industry has suffered a significant decline in revenue because OSHA has said formaldehyde in pressed wood, carpets and other products are likely to cause cancer. He added that funeral homes are backlogged with bodies because family members of the deceased are reluctant to allow formaldehyde to be used in embalming.

At a hastily assembled press conference, Bush told reporters his organization recently hired a spokesperson to combat the findings.

“You heard of that girl Cher?” Bush asked. “She’s done agreed to be our spokeslady. She’s gonna put the hurt on those egg heads whose spreading those lies about formaldehyde.  There ain’t no better example of how healthy formaldehyde is than Cher. Hell, just look at her. Gal looks 20, and I bet she’s 110.”

In a statement released by Cher’s public relations firm, the pop icon strongly refutes the findings of the studies and says the researchers are guilty of an attempt to impugn a “wonderful product.”

“I’ve been using formaldehyde for 50 years,” Cher said in the statement. “I bathe in it, drink it and use it as a body mist. I don’t have one sign of cancer, nor do I have any wrinkles or other disgusting marks that might identify my age. It’s all due to formaldehyde.”

Bush said Cher will begin a “Formaldehyde Tour” in July and will appear at every county fair in West Virginia.

Cher’s public relations firm also said in her statement she is in the process of making an infomercial that demonstrates how formaldehyde has kept her young and cancer free.

“They’re going to have to pry my formaldehyde out of my cold dead hands,” Cher said.

← Website Allows Warriors To Let Down Their Guards, Grieve
Switched At Birth →